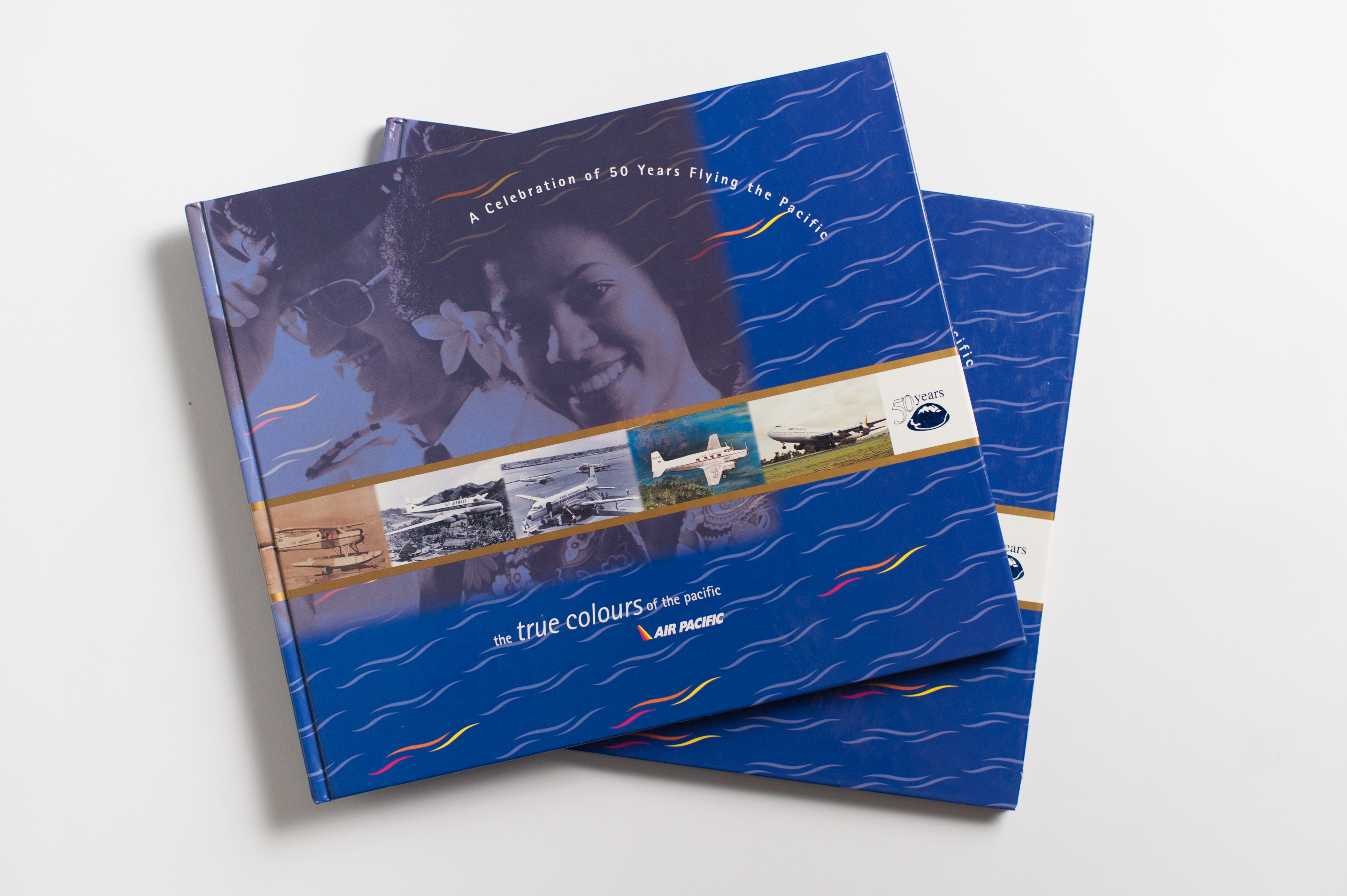 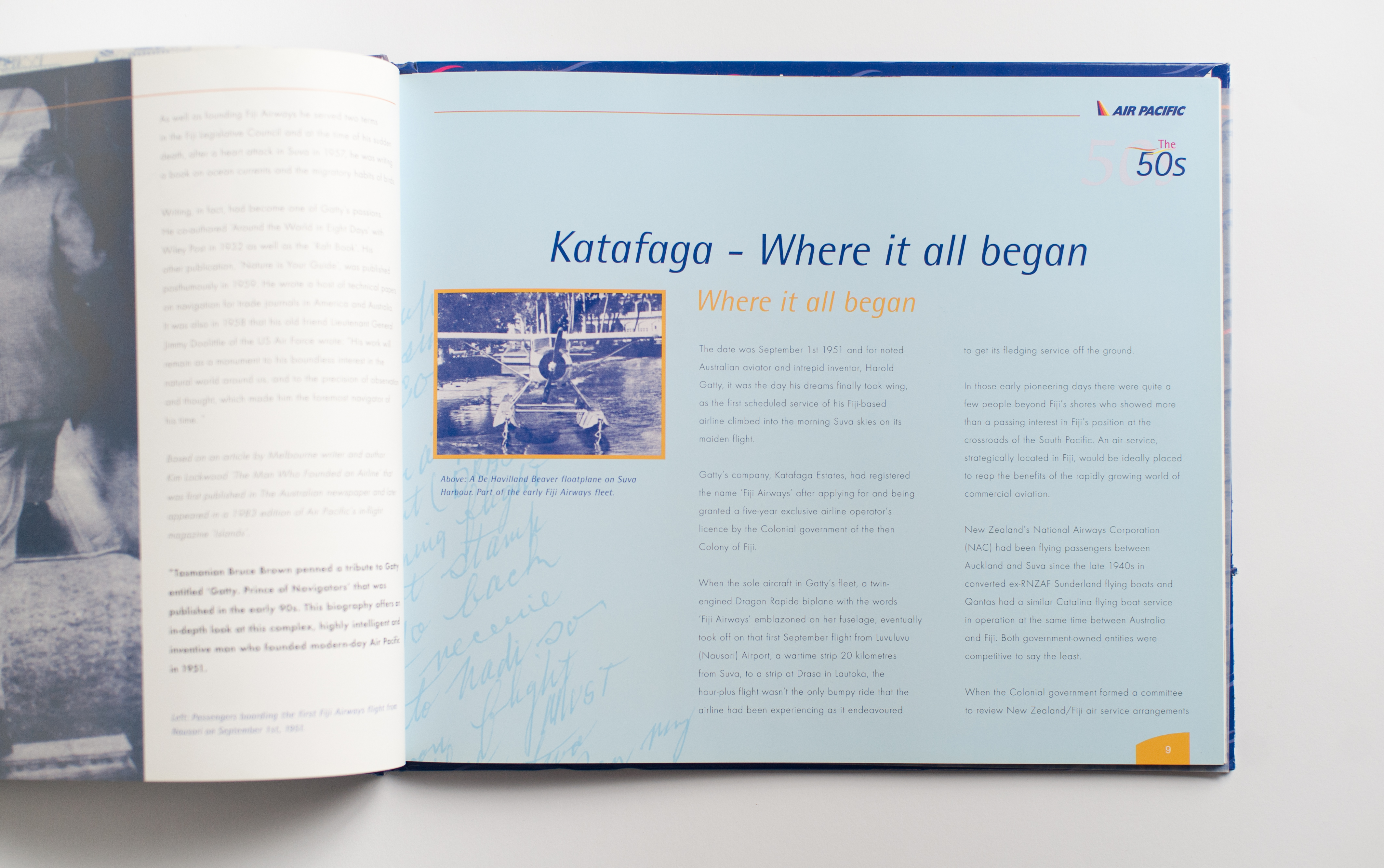 Celebrating 50 Years of Flying
The Pacific’

Written in 2000 and published in 2001.
I was commissioned by Air Pacific to create a coffee table piece that would commemorate the airline’s 50th Anniversary.

It was my first real foray into the world of publishing and I loved every minute of it. The project took twelve months of intensive research that involved travelling around the world interviewing former pilots, cabin crew and chief executives and amassing mountains of priceless memorabilia to photograph and display.

The comprehensive coffee table publication was distributed to major airlines and aircraft manufacturers around the world as a showpiece of the proud history of Fiji’s International Airline.