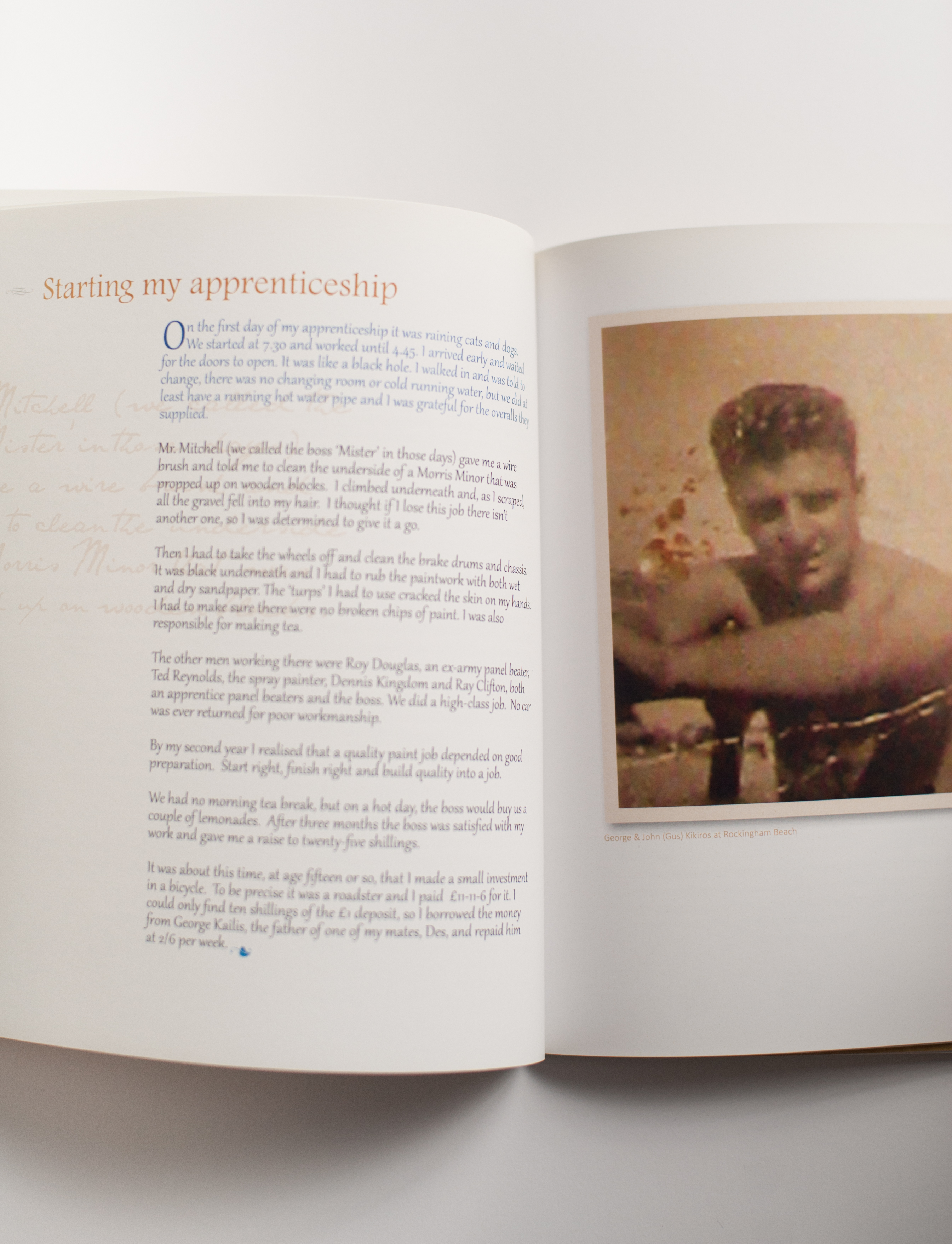 THE BOY FROM KASTELLORIZO

The Boy from Pier Street (Kastellorizo) is here!

Although this was a relatively small publication both in size and budget, it was a project that received plenty of TLC required.

The father of a friend and client, an Australian-born Greek, had written his ‘life story’ and his son wanted to surprise him with a printed version in book form as a Christmas present.

Following a very ‘soft’ edit, designed to put the story into some sort of order and correct grammar and spelling errors, I duly gathered images from family albums and delivered ‘The Boy from Kastellorizo is here’ just prior to Christmas – a publication covering the life of George Pynes.

The only problem arose when my colleague decided to show the book to his father just before it was printed. The idea of the book’s name came from a passage where George was describing the courting of his wife to be, another Greek girl. Every time George would arrive to take his future wife out, the girl’s father would yell out ‘That boy from Kastellorizo is here again’.

You see, George was a very literal man and when shown the book said ‘No, no that’s not right. I’m not from Kastellorizo, my parents are. I am an Aussie and I was born in Pier Street.” So, I had to change the title at the last minute to appease George. I still prefer our original title but the client is always right!